Congratulations to Cadence Machry on being nominated for a YWCA Hamilton Women of Distinction Award!

I was pleased to nominate Machry in the Arts | Culture | Design category.

Launched in 1975 as the Status of Women committee’s Woman of the Year Awards, the YWCA Hamilton Women of Distinction Awards celebrate the achievements of Hamilton women. The WOD awards gala, which takes place next month, is the main fundraiser for YWCA Hamilton. 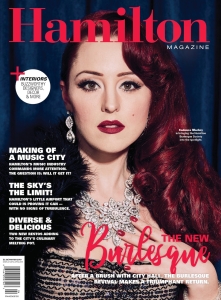